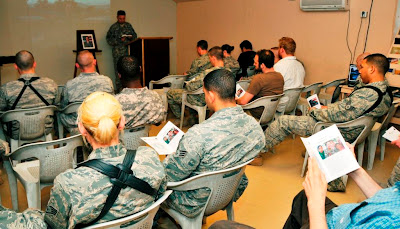 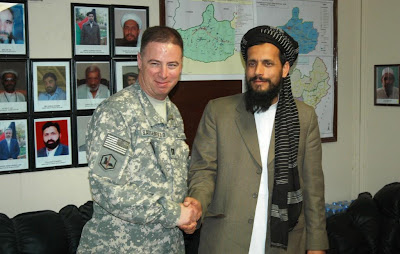 What: CH Satterfield visited with Mawlavi Anadullah, the Director Of Hajj and discussed religions in the US Military. He explained the pluralistic history of the military chaplaincy and how there are several different chaplains (Christian, Jewish, Muslim and Buddhist) within the ranks of the US Army. CH Satterfield continued to explain that if religious services can not be performed other sources are provided. This serves as another example of how cultural and religious barriers are being broken as we work together for stability and peace in Afghanistan.
Posted by Steve Satterfield at 4:44 AM 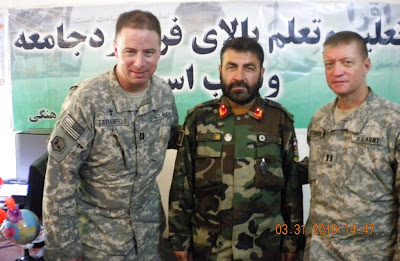 What: Major Abdul Malek, the Religious Cultural Affairs Officer for the 3rd Kandak, met with CH Satterfield and CPT Battschinger, lead for the PRT Civil Affairs team. There was good discussion on Afghan National Security Forces and Coalition Forces partnership while partaking in chai and fruit. Ch Satterfield will introduce Major Malek to the chaplain who is replacing him, allowing relations to continue as they work together to help Afghanistan.
Posted by Steve Satterfield at 4:28 AM